We Wish You all the Best for the New Year 2015!
Publicado por Unknown en 16:01 No hay comentarios: 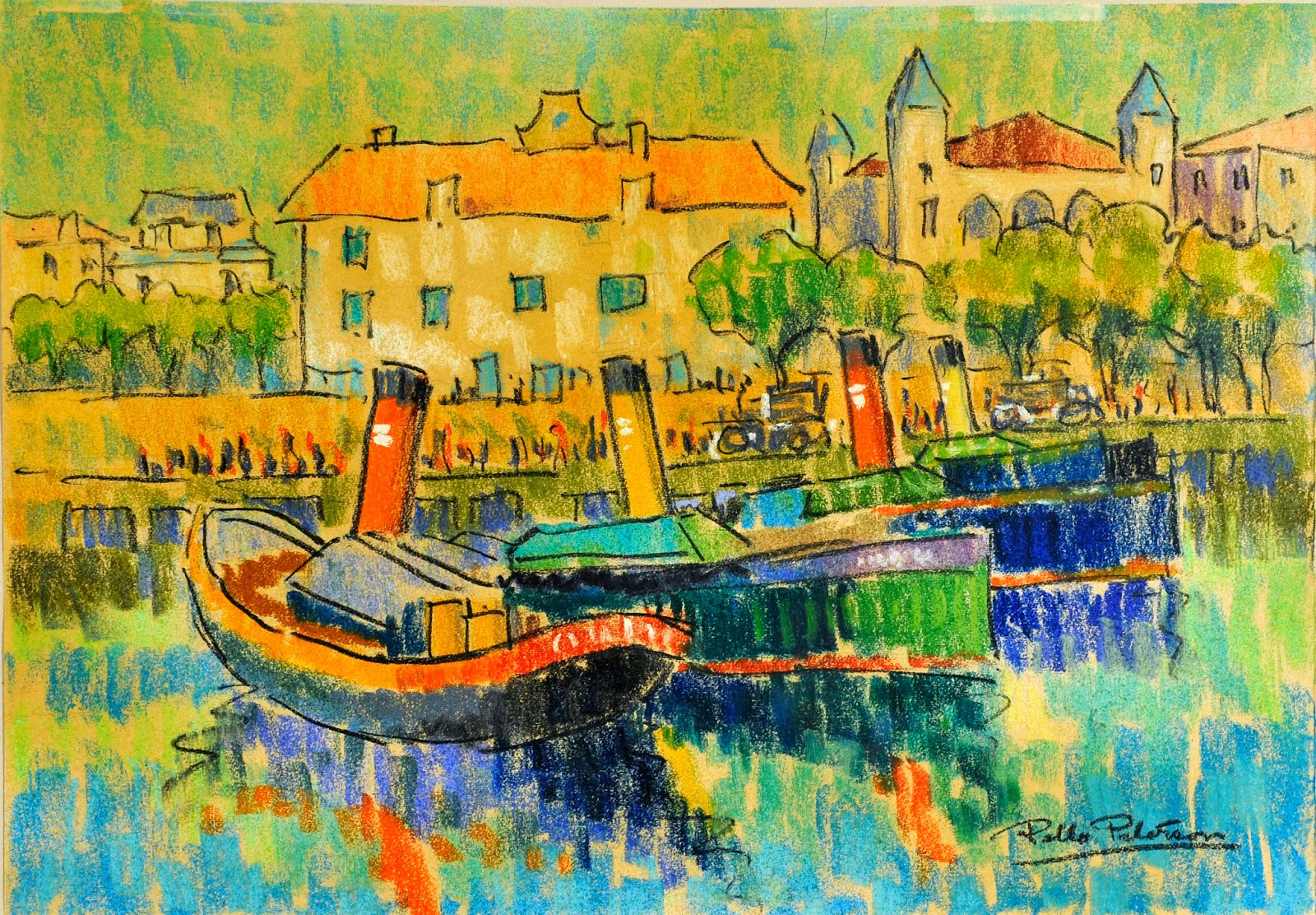 
Saint-Jean-de-Luz bay is situated to the east of the Bay of Biscay. It is the only sheltered bay between Arcachon and Spain. Thanks to its strong sea walls or dykes that protect the town from the full savagery of the Atlantic ocean, it has become a favourite for bathers across the Basque Coast. The seaside resort itself is relatively recent, however the port is old.
St Jean de Luz in Aquitaine is a beautiful coastal town with some great beaches, close to the Spanish border in what is known as the French Basque Country.
A pretty town with a distinct Basque identity, St Jean de Luz has a wonderful beach right in the centre of town. The Grande Plage of St Jean de Luz is sheltered by 3 impressive sea walls making it a safe beach for children who will love running about on the fine sand.
Publicado por Unknown en 15:52 No hay comentarios: 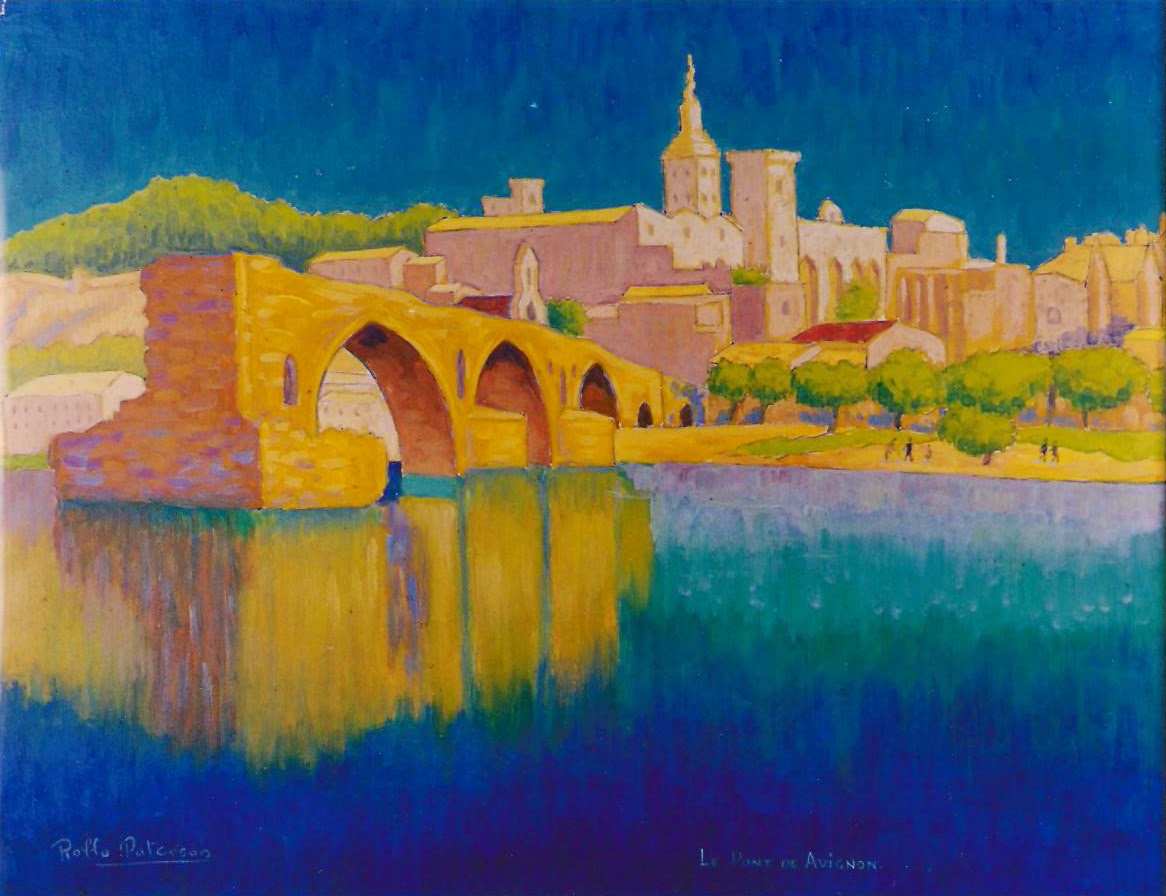 Rollo Paterson travelled to Europe where from 1919-1939 he painted a series of, atmospheric plein air landscapes. He travelled through France and Italy and he meets a variety of painters, of French art. Travelling through the Côte Bleu, Les Alpes Maritime, and Brittany, he notes the great caravans at the fairs, and decides to build himself a caravan he can tow with his car to the places he wants to paint, and in search of new landscapes that serve to him as subject for his paint. It is also ideal to be able to take his own work with him. In 1925 he builds his first caravan, and visits places like Paris, Avignon, Lyon, Aix-le-Bains, Chamonix, Menton, Nice, St. Raphael, St. Tropez, etc... etc...

The Pont Saint-Bénézet, also known as the Pont d'Avignon, is a famous medieval bridge in the town of Avignon, in southern France. A bridge spanning the Rhone between Villeneuve-lès-
Avignon and Avignon was built between 1177 and 1185. This early bridge was destroyed forty years later during the Albigensian Crusade when Louis VIII of France laid siege to Avignon. The bridge was rebuilt with 22 stone arches. It was very costly to maintain as the arches tended to collapse
when the Rhone flooded. Eventually in the middle of the 17th century the bridge was abandoned. The four surviving arches on the bank of the Rhone are believed to have been built in around 1345 by Pope Clement VI during the Avignon Papacy. The Chapel of Saint Nicholas sits on the second pier of the bridge. It was constructed in the second half of 12th century but has since been substantially
altered. The western terminal, the Tour Philippe-le-Bel, is also preserved. The bridge was the inspiration for the song Sur le pont d'Avignon and is considered a landmark of the city. In 1995,
the surviving arches of the bridge, together with the Palais des Papes and Cathédrale Notre-Dame des Doms were classified as a World Heritage Site.
Publicado por Unknown en 0:38 No hay comentarios: 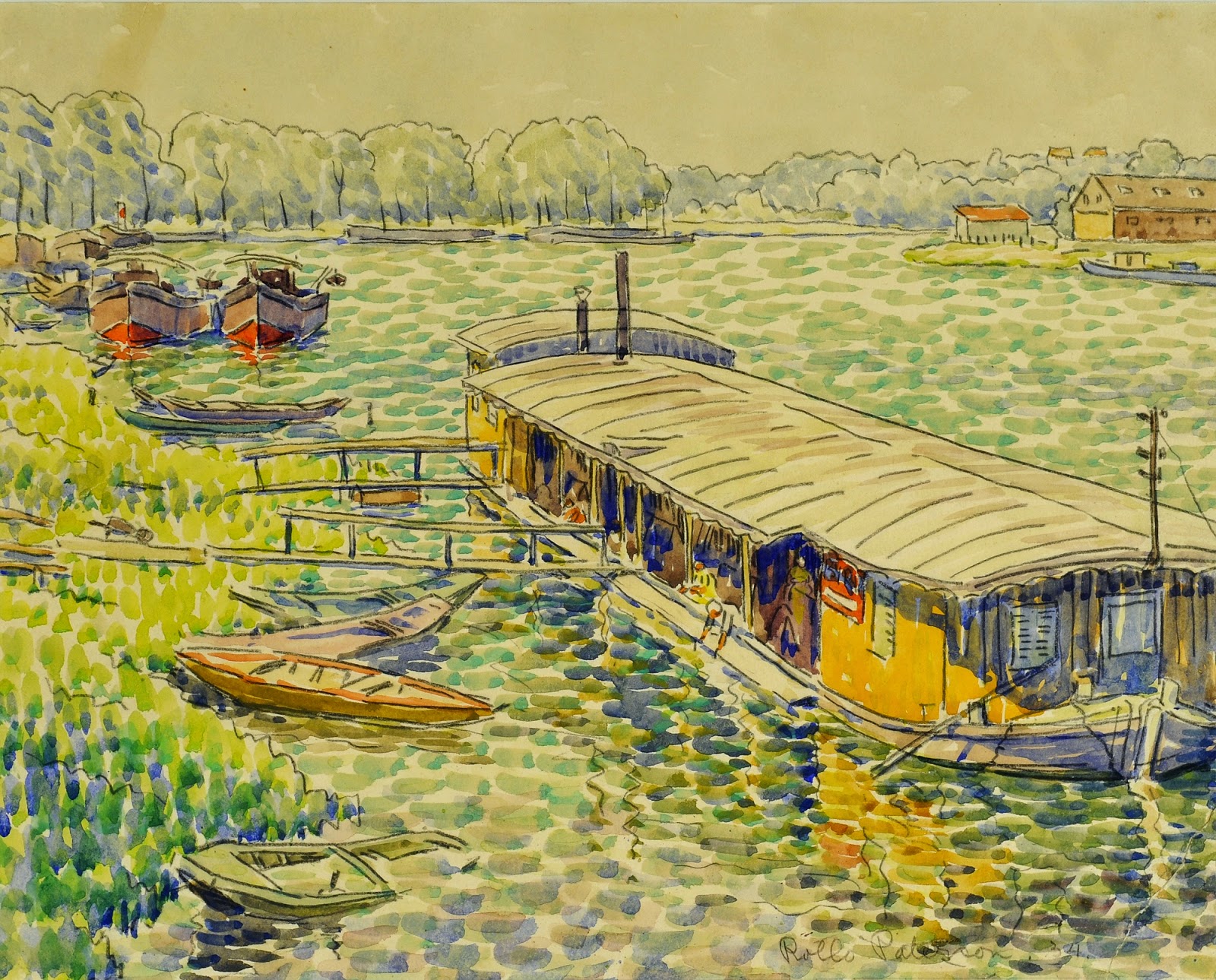 There is a very descriptive photograph of a simple washing-boat on the Saône in Mâcon. Doing the laundry was incredibly hard work, but this boat has a stove, shelter, and practical workspace. There was no need for the customary wooden box with straw, le carrosse, for kneeling protection as used at simpler lavoirs, or the freezing bare feet of the riverbanks and beaches. It's obviously a noisy, busy, female meeting place, with as much character and life as the bars used by their menfolk, maybe more. Some of the women are posing with their mugs of refreshment, bouillon or fortification, and enjoying the photographer's attention.
Publicado por Unknown en 9:47 No hay comentarios: